The History of Bowls

The essential difference between flat green and crown green bowling is the surface on which the game is played. Crown greens are undulating, with bumps known as crowns. Some greens have just one, others may have two or three and they can be up to 14 inches high from edge to centre.

On the other hand flat greens, known as rinks, are on a large surface of grass as level as it possibly can be. On one area there can be many rinks of around 16 feet wide and 120 feet long. This is the standard flat green rink ize and can only vary very slightly.

Since television took an interest in bowls, both flat and crown codes are providing participants for the new indoor flat green competitions and it is significant that the crown green bowlers are taking to the flat, whilst the flat green bowlers rarely venture into the crown green world. This is obviously because it is easier to adapt to flat green rinks due to their one standard size and width. It is extremely difficult to build indoor crown greens as it’s almost impossible to stop the bowls from rolling down into the ditch.

Until a surface is designed that has the braking power of standard outside turf greens, the crown game is committed to outdoors only.

It is because of the vast differences of surfaces that the method and techniques of both codes, including equipment, are far apart. Crown green bowlers have to concentrate so much on beating the green that they don’t rely too heavily on tactics and strategy, but aim to get as close to the jack as possible. Flat green bowlers, on the other hand, have a much easier task to reach close to the jack, as their rink is a constant size and width. Consequently they dwell heavily on the tactical side of preventing their opponent scoring.

How crown green developed as a separate game is difficult to pinpoint, but the preferred theory is that bowling from the 15th century to the 18th century separated into two classes. The rich and the moneyed who owned large gardens made bowling alleys on their lawns, flanked by hedges – in other words, rinks. The less affluent played on common ground and parks close to inns and taverns, which were the forerunners of the crown greens built adjacent to pubs and hotels.

It is hard to say when crown green became properly organised, but Lancashire was certainly a leading force in the 19th century. Blackpool Sweepstakes started in 1878 and it is worth noting that in 1897 Lancashire and Cheshire combined for the first time and played Warwickshire and Worcester in a series of county games. These ended in 1903 and four years later the British Crown Green Amateur Association was formed.

There were already quite a number of other associations in existence, including Cheshire, Manchester and District, Liverpool, Huddersfield, Leeds, Spen Valley, plus public parks and licensed victuallers’ leagues and many others.

Crown green bowling is an excellent game and, if anybody is thinking it’s too minor a sport, there are thousands of crown greens in Britain and are all in full use! There’s no doubt that television has had a great influence, and increased the public interest in the game. It is also as well to note that bowls, flat and crown, is a relatively easy game to learn – but, like all other sports, hard to be good at. Many younger people are playing the game and holding their own in the senior ranks. Handicaps are on the increase and springing up all the time.

Unfortunately this has brought some problems with too many competitions being organised. Some of the top officials think it has reached saturation point. The top bowlers, particularly the professionals who rely on the game for a living, are sometimes travelling through three counties in a day to play in three simultaneous tournaments. They have even found themselves in two different finals on the same day, on different sides of the country. Having to opt to play in one final, they obviously go for the richest prize money – which leaves the other final a walk-over.

This doesn’t do much for the organiser’s headache, as he’s probably advertised the two finalists. The game is trying to overcome this problem and there is now a diary available to all crown green bowlers showing all competitions with dates of every round.

‘Seven days a week is not enough’ is so often the cry of the over-committed crown green bowler. Not so long ago he would have had to manage with six days and to have suffered some harassment if he had tried to make it seven. While it seems normal now that bowls should be played on a Sunday, it wasn’t always so. The Lord’s Day Observance Society wanted to keep Sunday free from sport of any kind, and as the two sides prepared to do battle, the bowlers found that the Church, the Law and the Establishment were lined up on the side of the Observance Society.

However, in 1962, Threlfalls Breweries, opened their bowling greens in Manchester, Salford and Liverpool for the first time on a Sunday. Floodlit bowling was in the offing, outdoor winter bowling was just beginning to develop in popularity, handicap bowling was starting to flourish and television was to bring the game to a wider public and foster further changes that could never have happened without it. Most of the top crown players were, at the time, actually prejudiced against anything but singles, but television, and money, changed all that.

The way crown green bowlers played, the way they dressed, and the way they thought about the game was to change too. Only now are they coming to accept that the other half of the game – the flat green – is not quite as easy as they imagined it to be, and that flat players are not the easy pushover that, in their great wisdom, the crown green players prophesied they would be if ever the twain should meet. Now the realisation is gradually dawning upon the crown men that not only have they been playing only one facet of the game but that, in their own insular way, they have restricted themselves to just one section – namely singles.

The attitude to bowling on Sunday was just one of the many changes which took place in crown green bowling from the late 1950s and early 1960s. The Professional Panel Bowler’s Association was a tightly-knit organisation and a law unto itself, and it held a firm, uncompromising grip on the bright stars of bowling who came under its authority. But the changes in the game as this time loosened even its hold and players like Brian Duncan, Norman Fletcher and Vernon Lee were able to move out into what was eventually to become the more lucrative area – the flat game.

The advent of television was undoubtedly the prime influence. It replaced the Panel as the platform of the stars. The players who appeared on the screen became the ‘known’ players. It was television that really put and end to the harassing of Sunday bowlers, bringing Sunday sport to a wider public and changing the public’s attitude to sport on Sunday generally.

One very important figure in the development of crown green bowls is undoubtedly Eddie Elson, secretary to the BCGBA. He sees his greatest achievement in his time in the ‘hot seat’ to have been his success in persuading the BCGBAA to go open, hence dropping the word ‘amateur’ from its title. This enabled the game to go for sponsorship with prize money and, more importantly, build up its television coverage.

The first controversial move was to change the name of the All England British Crown Green Merit Championship to suit the sponsors. This caused an uproar, but Eddie stood fast and won the battle. Hence the first sponsored event was known as the Watney Webster Merit and continued under the title for a number of years. One of the most successful sponsorships negotiated by Eddie was the Tom Thumb Champion of Champions tournament played at the Waterloo Hotel in Blackpool.

The huge popularity of the first championship in 1974 took the Waterloo by surprise. It wasn’t long before the sponsors realised that this down-market sponsorship was really upmarket, with Grandstand television coverage, and they changed the name firstly to the John Player and later to the Embassy. Many stars of the crown green world have their name on the trophy. Tony Poole twice – in 1976 and 1984 – Noel Burrows twice – in 1978 and 1980 – but, surprisingly, no Brian Duncan or Dennis Mercer.

One thought on “A History Of Crown Green Bowling” 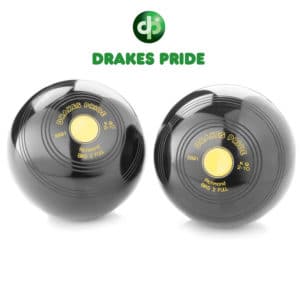