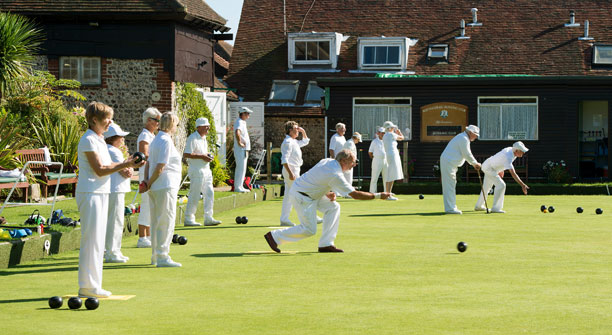 There are several fundamental differences between flat green and crown green bowls. Crown green is strictly an outside game. Greens on average are between 40-45 square yards in size; they consist of an uneven surface of well-manicured grass. By contrast, flat rinks have an even surface and the bowls are played up and down a lane without much variation.

Here are some of the most important variations between the two codes from the crown green players’ angle, plus one or two thoughts that puzzle crown enthusiasts.

Crown bowls are anything from 2lb 4oz to 3lb in weight; the lighter and smaller bowls are mainly used by ladies or juniors. Bowls are of wood or composition material and are made slightly off-centre or eccentric as this keeps a heavier weight mass on one side and this is known as bias. The most popular weights are 2lb 8oz – 2lb 12oz.

By contrast, flat green bowls are much larger, starting at around 3lb and moving up to 4lb. Also the bias is much more pronounced and they are stronger than crown green woods.

Crown green players use just two woods whereas the flat players use four. This obviously leads to the many variations in play. For example, the strategic placing of bowls round the end or head is much more pronounced in flat green because they have more chances of altering or retrieving a situation. People watching on TV often ask why some of the crown green ends seem much farther away from the jack than the flat green. The reason is that the variations on the flat rink are nowhere near as pronounced as they are on the crown greens.

Obviously crown greens all vary, due to the undulations and gullies. Therefore it is possible to place the jack in certain parts of the green and not bowl a wood less than a yard away from the jack. In both codes the jack is very important because the scoring of the games revolves around which bowls are nearest to it.

In crown green, should both bowls from the same player be nearest, they both count one point each. If only one is nearest it is one point only, the same applying in flat green using four bowls (just double up). But there is a wide difference in the use of the jack. Flat green players use a composition ball similar to a cue ball in snooker. A mark is set by merely rolling it down the rink and if necessary at the players’ requests, the jack can be handled by the official and moved from its original resting place.

Crown green people find this mystifying, for the jack in crown green bowling is an extremely valuable piece of equipment, governing the whole pattern of the game. It is a smaller replica of the bowls, about 32oz in weight, and is, like the bowls, eccentric in shape, and biased. It is used to determine the length (which could be anything from 19 yards to 75 yards in any direction), the speed of the green, the bias or peg and the weight or pace.

Once it has been led out it must not be disturbed at all unless it is interfering with another end or some other infringement covered by British Crown Green rules.

There are some really good jack handlers in the crown green game and their correct manipulation of the ‘chitty’, ‘monkey’, ‘block’, ‘little un’ (some of the nicknames it goes under) has been the difference between winning and losing! It goes without saying that the flat game players are superb at their game; their ability is beyond question, but the standards are just as high in crown green bowling. However, there is no doubt that the flat game looks better on TV because the bowls are more often played closer to the jack.

I would love to see a contest between all the top men of bowls (both codes) on a full-size flat rink under crown green rules. It would be thrilling to watch and I wouldn’t like to tip the winner.

5 thoughts on “Crown Green Vs Flat Green – The Key Differences” 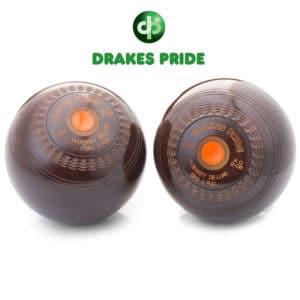